This recipe for Turtle Brownies are not only scrumptious, they are incredibly easy to make with delicious layers of chocolate and caramel!

With the popularity of the KNOCK YA NAKED BROWNIES, I thought I would take that recipe and jazz it up a bit and make it into a turtle candy inspired brownie. It's one of our favorites and it's so simple to make. I promise, no one will have any clue that you used a boxed cake mix for this! 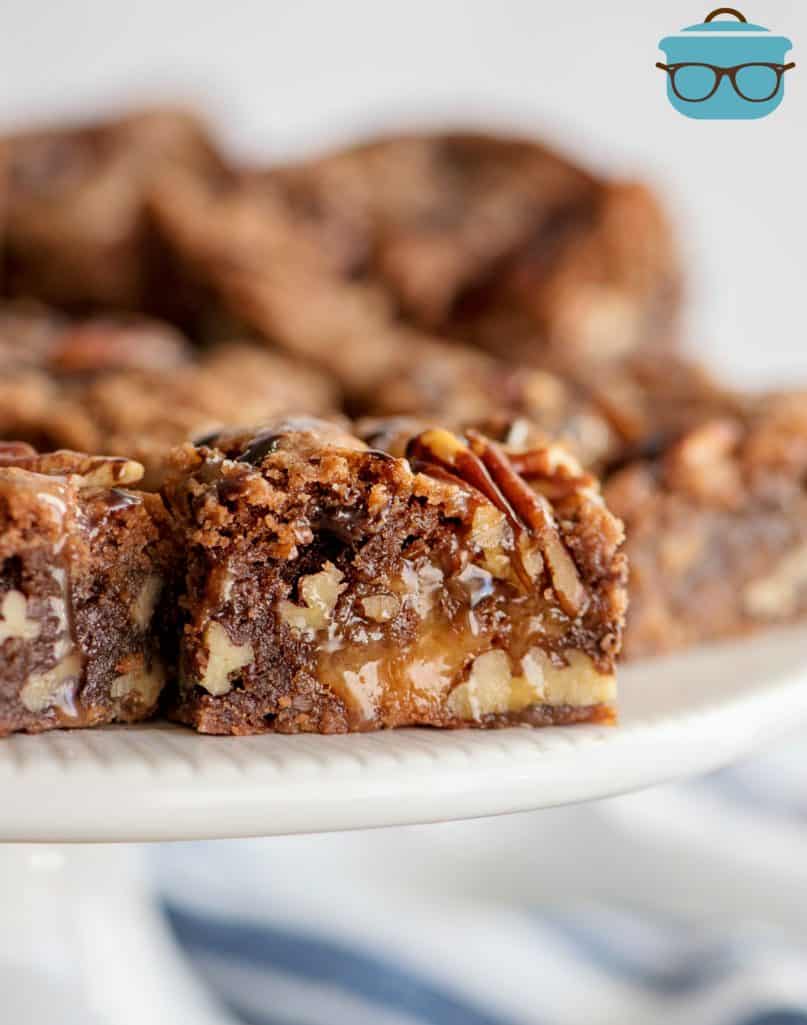 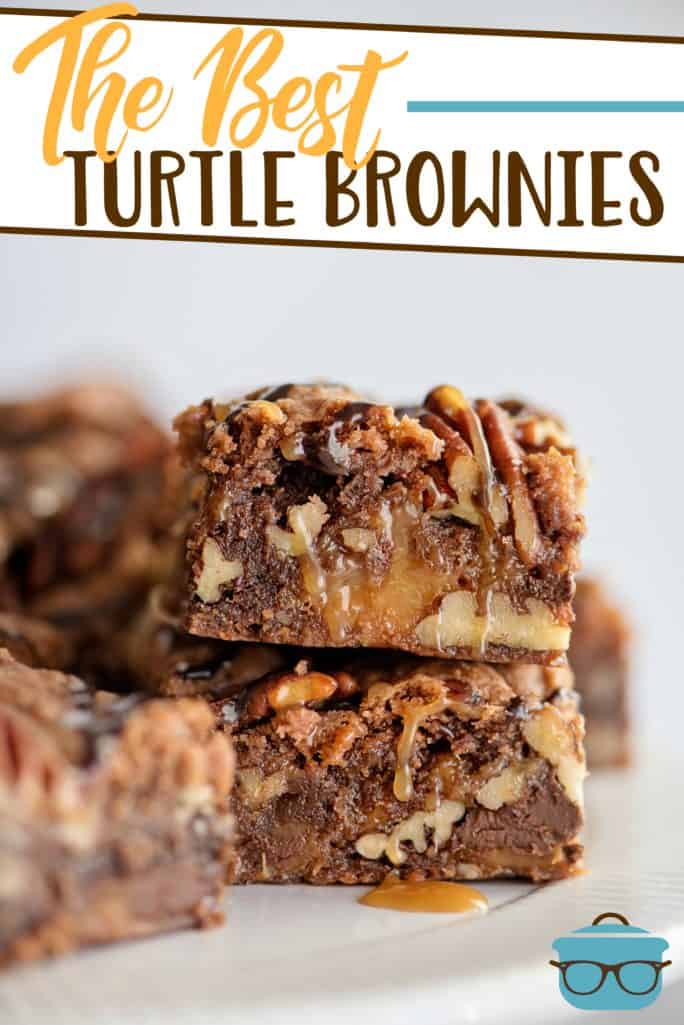 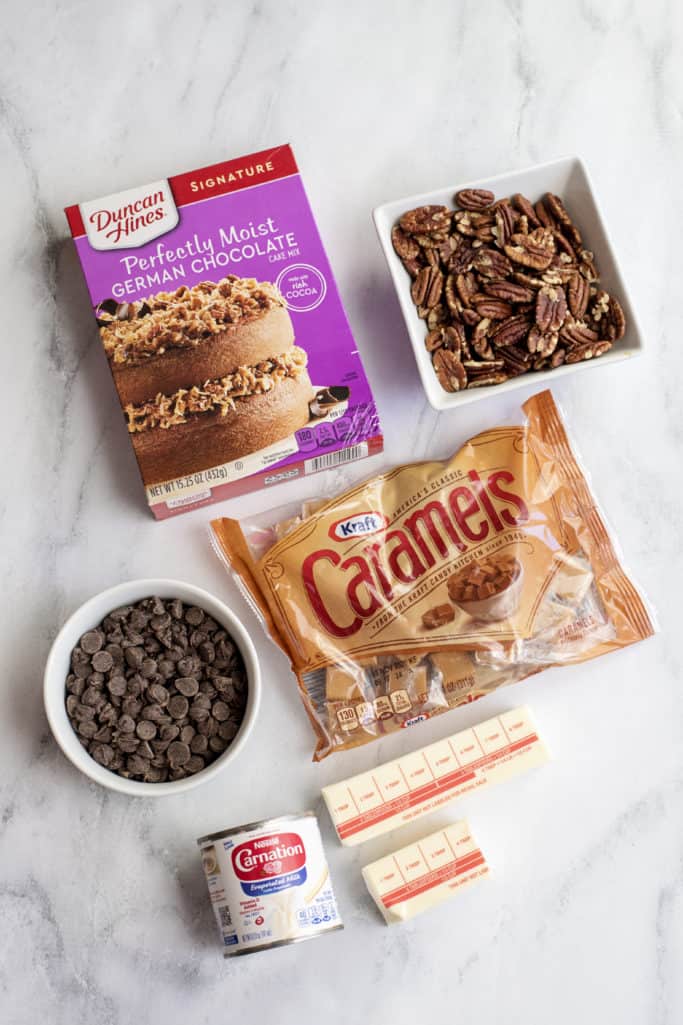 HOW TO MAKE THESE EASY TURTLE BROWNIES:

Preheat oven to 350f degrees. Spray an 8x8-baking pan with non-stick spray or line the pan with parchment paper and spray the paper for easier removal of the bars.This will make it a bit easier to cut later too. 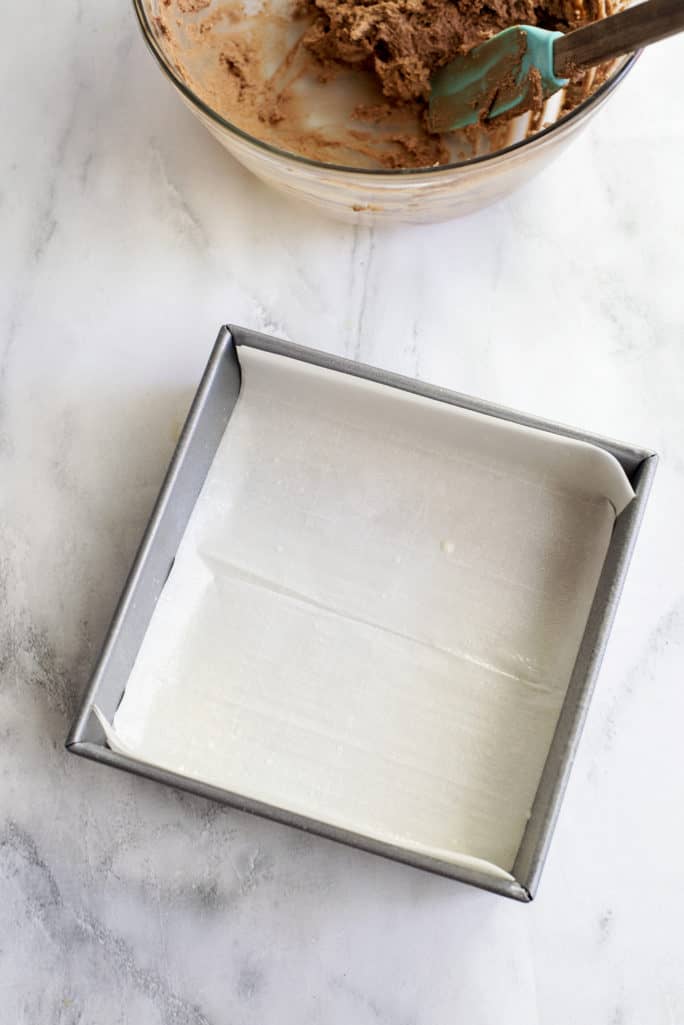 In a bowl, using a stand or hand mixer, mix together the cake mix, butter, ¾ cup of the pecans (the other ¼ cup will be used to top the brownies) and 3 oz. of the evaporated milk. 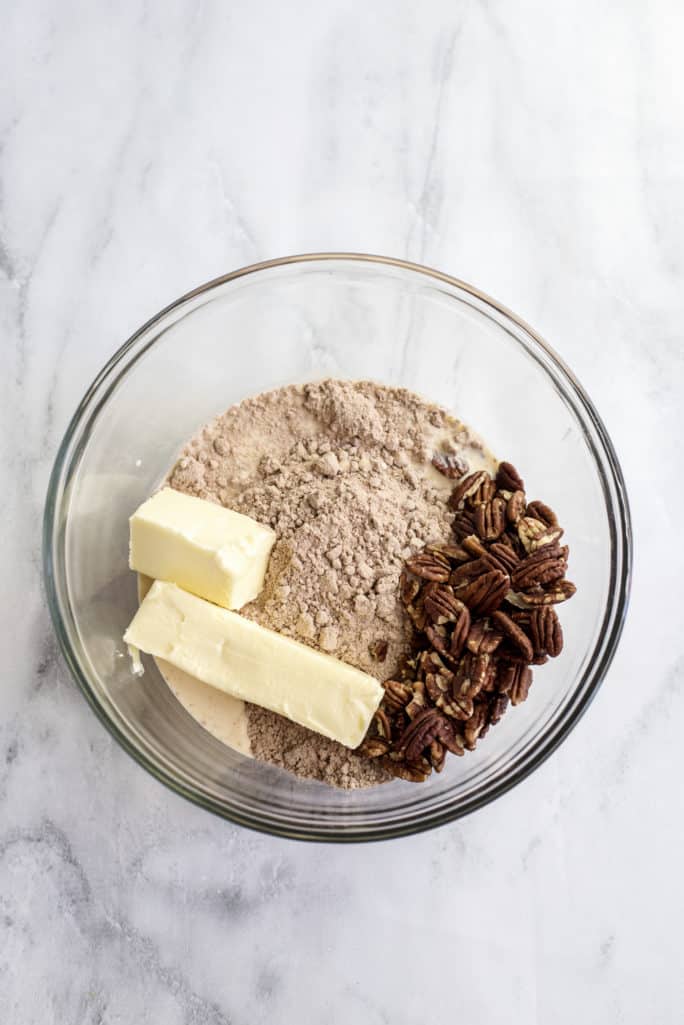 Press half of the brownie batter into the bottom of the pan. Warning: Batter will be sticky. Bake in preheated oven for 10 minutes. 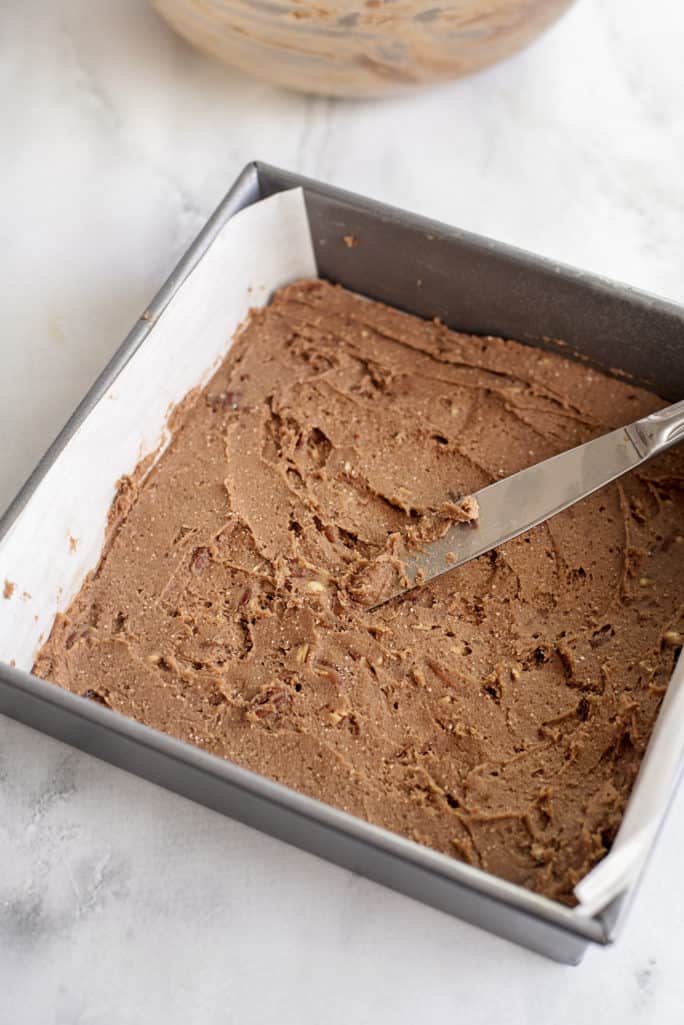 While the bottom half of the brownies is baking, make the caramel sauce. In a small sauce pan, over low/medium heat. melt the caramels and 2 ounces of the evaporated milk and stir often to prevent burning. 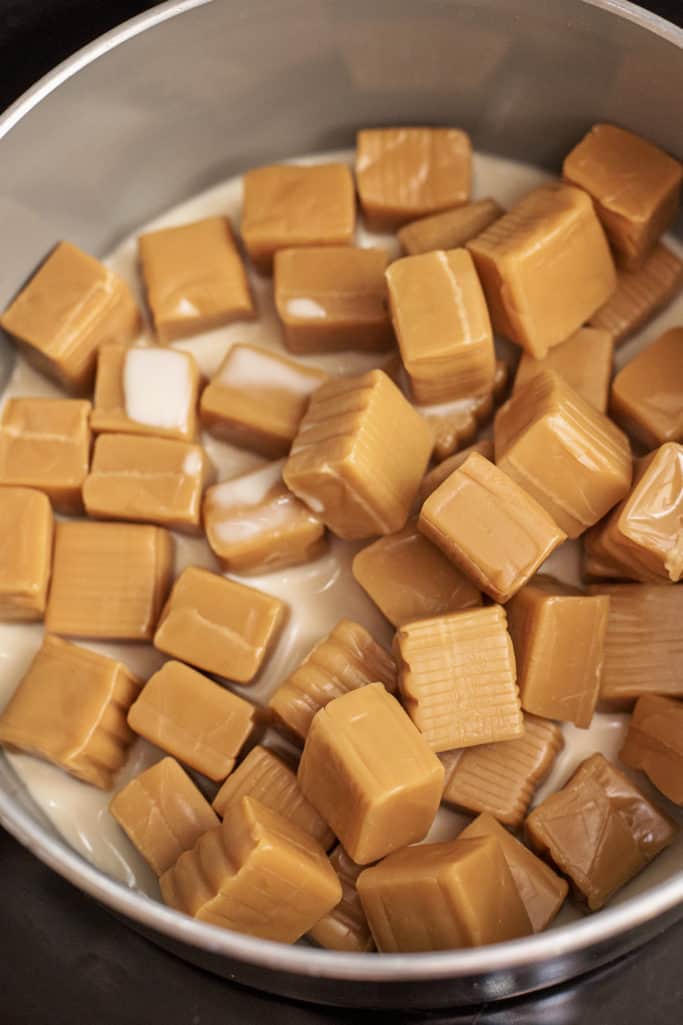 Once melted, remove from the caramel from the heat and set aside. 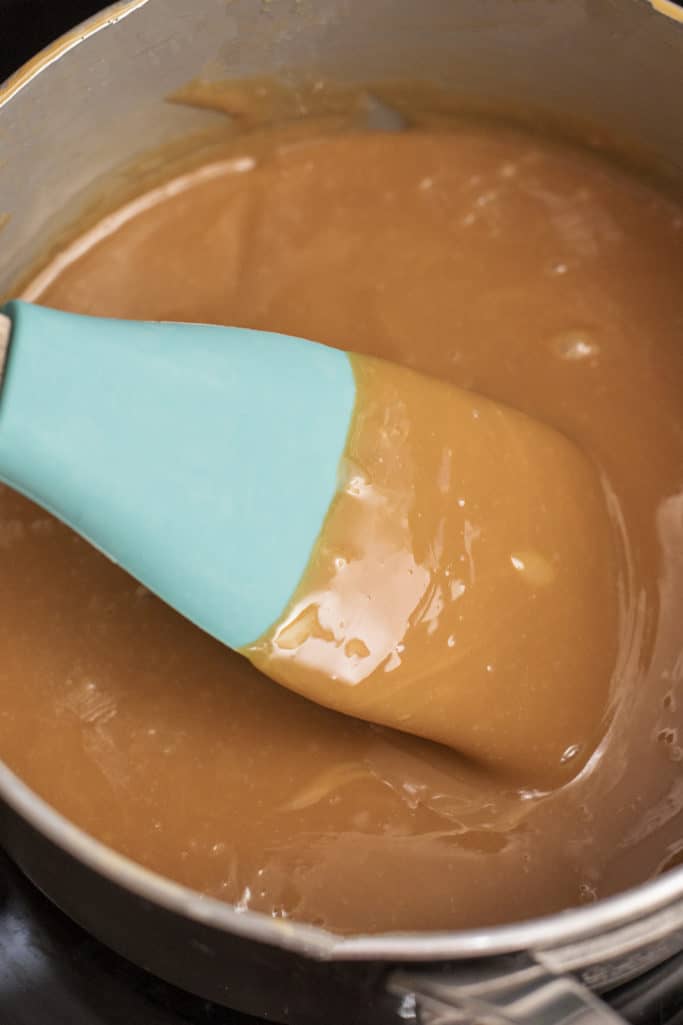 When the bottom is done baking, immediately sprinkle 4 oz. of the chocolate chips on the baked bottom layer and then spread about ¾ of the caramel sauce on top. Save the remaining caramel sauce to drizzle on top when they are all baked. 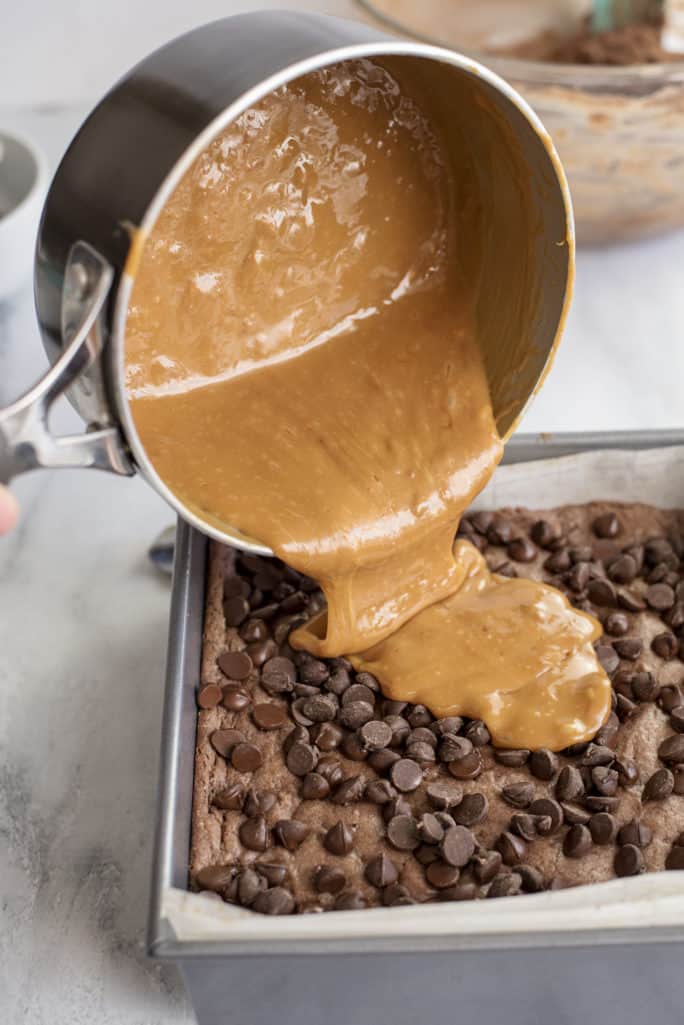 Crumble the remaining half of the brownie batter over the caramel layer as evenly as possible. It’s okay if some caramel is showing, since the batter will spread when baked. 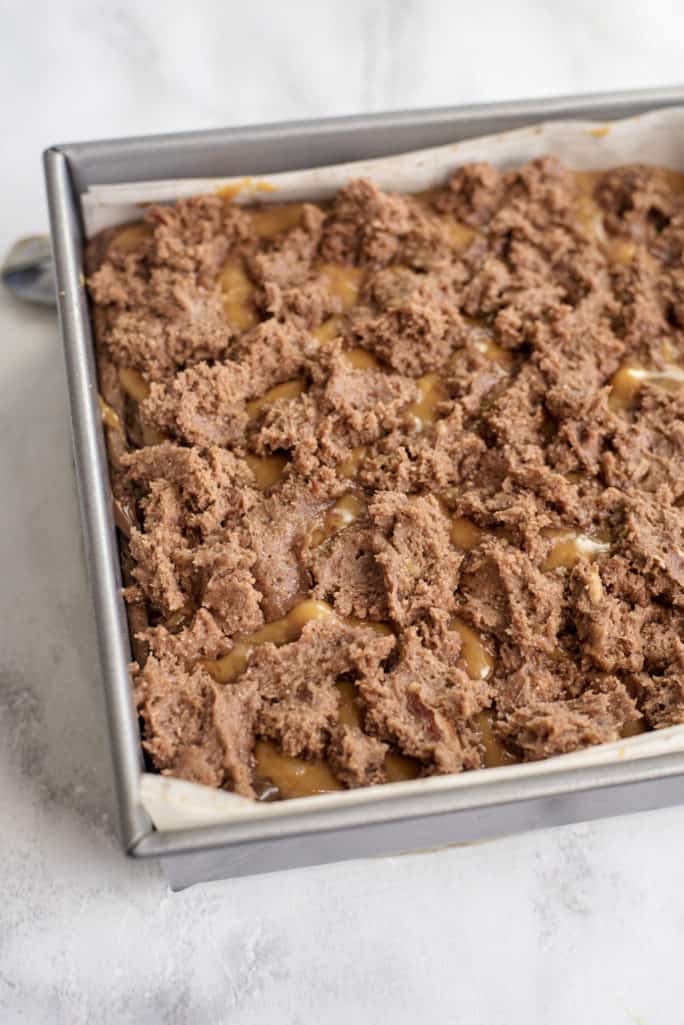 Sprinkle the remaining pecans over the top. Bake for another 25 minutes, or until a toothpick comes out clean. 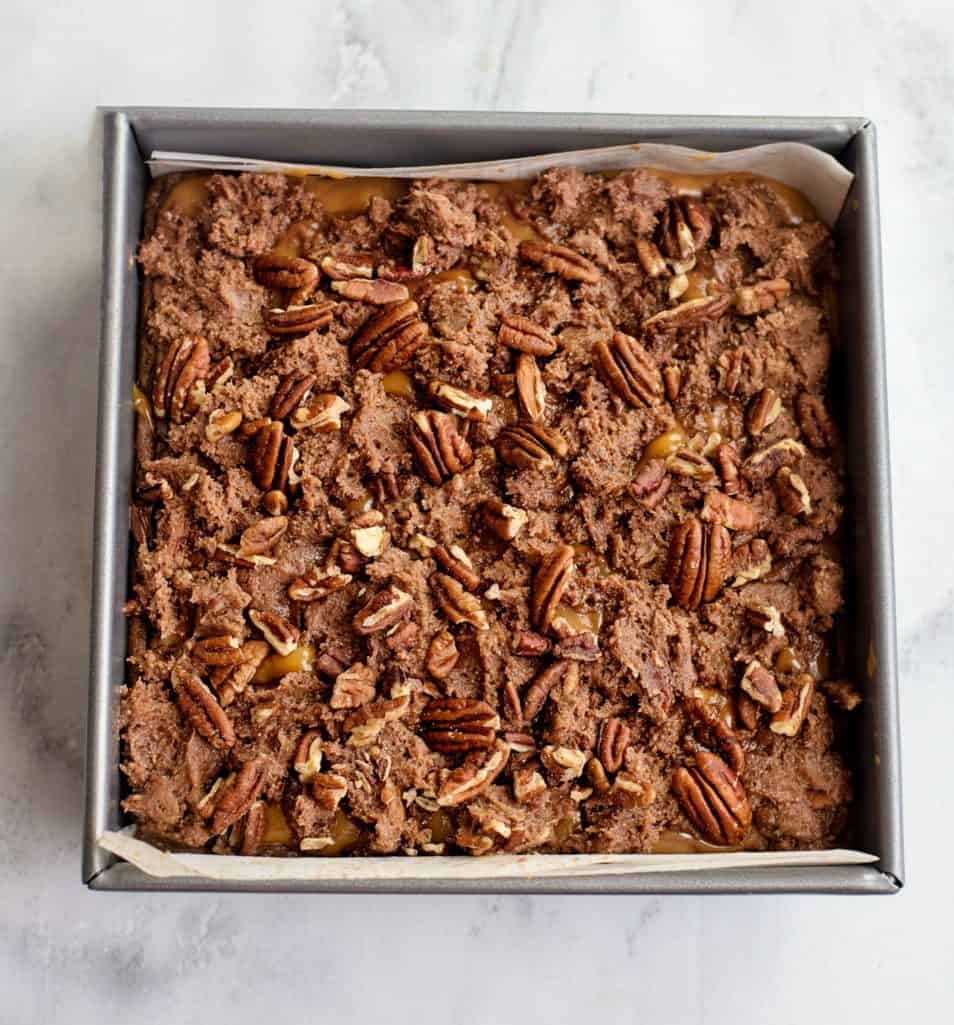 Allow the brownies to cool completely before cutting. When it’s time to cut, warm up the remaining caramel sauce and drizzle it all over the top of the brownies. 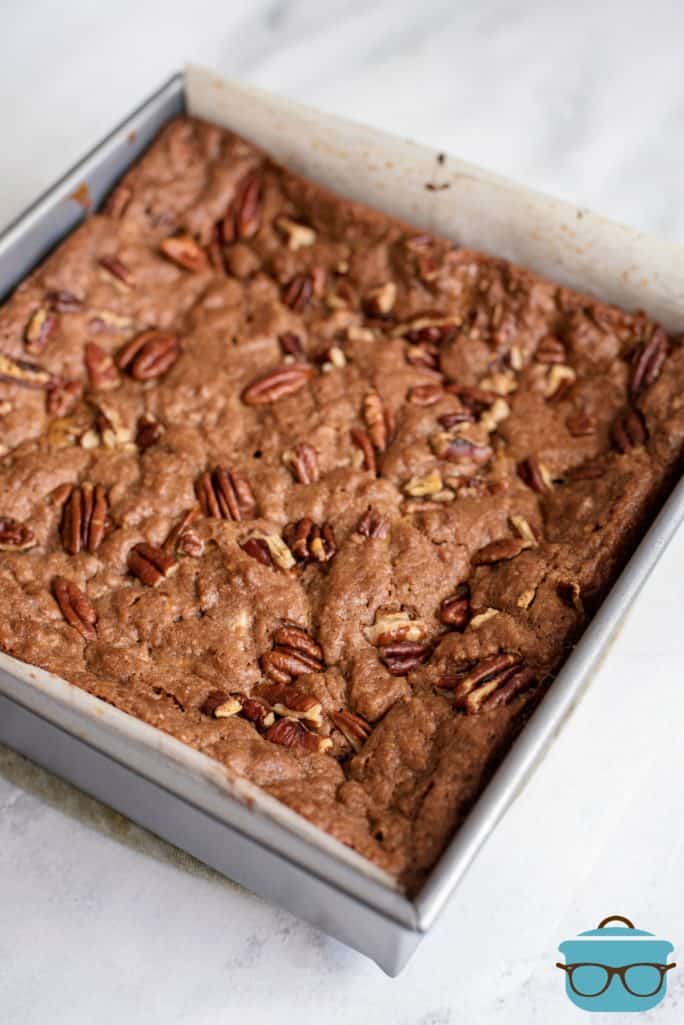 Melt remaining chocolate chips and drizzle on top as well. 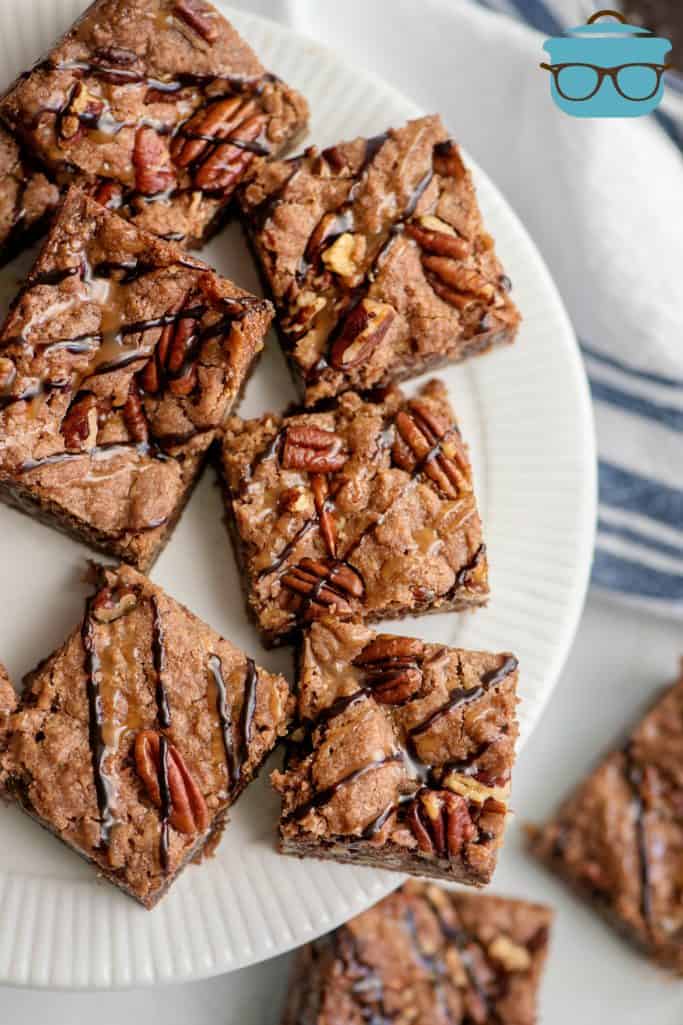 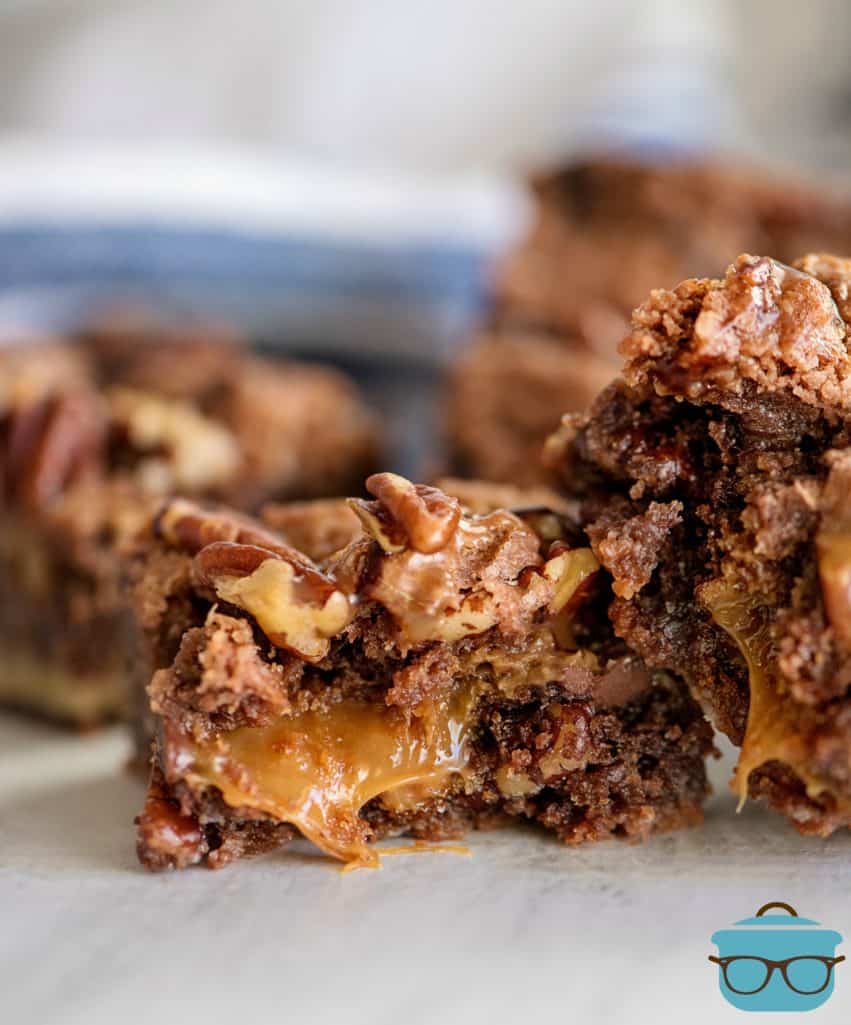 CRAVING MORE RECIPES LIKE THIS? GIVE THESE A TRY! 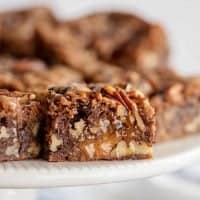